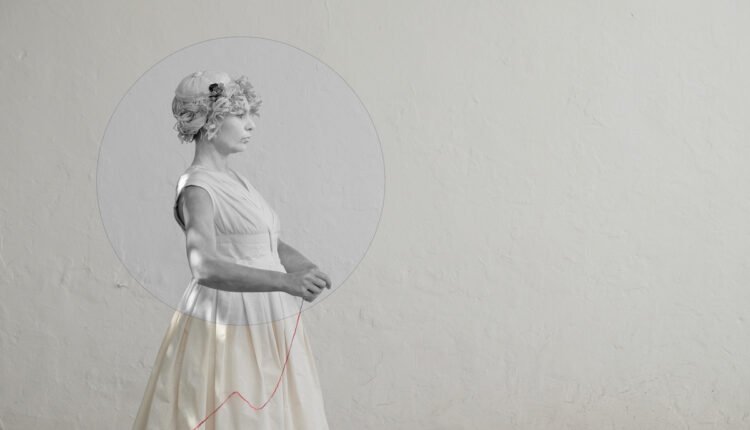 The paths of the life and actions of one of the few recognizable heroines of 1821, Manto Mavrogenous, are followed by the visual artist Eirini Tsiraki and the performer Frosso Zagoraiou who have created a visual installation that in combination with the art of performance and video art, presented in Tinos, Mykonos Paros, Crete and Athens with the exclusive sponsorship of Piraeus Bank.

The creators of the art project “La bella Greca or whatever’s left” aim at presenting the heroine, in the places where she had lived and acted, as an icon – symbol, a representative and a spokesperson of the timeless values and messages that remain powerfully relevant.

Having a lithograph of Adam Friedel as a starting point and combining painting with monotype and collage, the visual artist Eirini Tsiraki creates artworks via which the heroine’s personality gets unfold. Manto meets important women and interacts with them, developing a relationship of a timeless exchange of ideas and values.

This is another cultural action that is part of Piraeus Bank’s multifaceted anniversary programme for the celebration of the bicentennial of the Greek Revolution and the establishment of the modern Greek state. The programme has been designed and implemented in collaboration with academic and scientific institutions, museums, cultural associations and distinguished professionals at the forefront of their respective fields. The programme is disseminated to the public via the Bank’s digital channels.

The production of this multi-artistic initiative is implemented by the theatrical association “Astronauts” and curated by Giannis Markantonakis. Olympia Sideridou has supervised the costume selection and Stefanos Kosmidis the film direction.