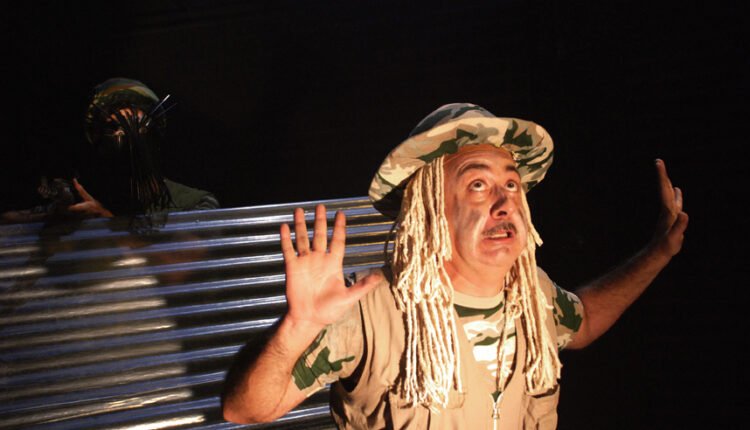 based on the eponymous fairy tale by Davide Cali.

This new play by the Astronauts team is based on the masterpiece by Davide Cali and Serge Bloch, “The Enemy.” Using the code of pantomime and silent cinema, they approach a human story that raises questions about war, heroism, fear and propaganda. With simple storytelling, live music and rich expressiveness, the actors offer us laughter and emotion in a spectacle that can be enjoyed by all, regardless of age, culture, gender, nationality and other beliefs.

The play is suitable for foreign-language audiences as well as for the hearing impaired.

The play was honored to be part of the “Autumn Program” of Tempo Forte Italia – Grecia 2018, the cultural initiative of the Embassy of Italy in Greece.